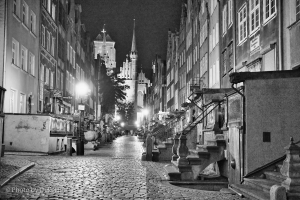 After two times that my camera visited the Nikon lab and they even replaced the mount parts to avoid any space, I began understanding that my camera was simply not good enough. Apparently, 100 years of experience were apparently,  not enough when it came to get the focus right.

To add pain on sorrow, one of the technicians said that with these big sensors, focus becomes a challenge and this is reality. Really? Somehow Canon and Sony did not have any problem to get that focus issue right.

Eventually, they manage to improve the focus, not to the point I wanted it, but to the point that it was bearable, provided, I edited my images. I have no clue how they did it, but having a bad feeling they went around the problem, managing the symptoms, not the problem itself.

So, focus, was a bit too much to ask from the Nikon D810 that retailed at 2,300 Euros. If you think this was the only problem, I need to disappoint you.

What about touch screen? Why did we need to press so many times zooming in & out and correct it to left and right? Every cheap telephone had a touch screen for a decade, but that was too much to expect from that camera. And the menus? Every time I see a Nikon menu, I think of MS Dos… sorry.

Illuminated buttons? Don’t make them laugh, only now I have them on the D850, but not on the D810.

What about WiFi connectivity and Bluetooth? Obviously, Nikon did not think it should have been built in. and sadly, even now at the D850 they managed to mess the WiFi up.

I will not bother you with other minor issues, just the main one. The “bulky” DSLR market is taking a nose dive before crushing soon forever. On one side, mirrorless cameras are becoming just as good and on the other side, smartphones’ cameras have made a giant leap last year, combining hardware in the shape of multiple lenses and software in the shape of an AI algorithm that make both photographers and retouchers, very worried.

In case, R&D people are reading these lines, here is what we need to see in the future cameras:

We don’t need heavy optics and massive cameras. We need a light and software-based cameras that are much closer to a computer than to a telescope.

We need fast and accurate small gadgets with much bigger screen and we would like to do much more editing in a comfortable manner, to the point we will not have to use an editing software on a laptop or PC. No imports and exports, maybe a connected tablet that enables to edit on the camera remotely. Connectivity and the ability to share images instantly, will be essential.

In general, we don’t need the heavy mechanical-optical bricks. We prefer much smaller, computer-based gadgets.

Challenging? Deal with it, or you will end up just like Nokia in the cellular market. Failing to do so, will not lose your market to Sony, but to mobile phones.

Using a camera is like being a football fan. You are born in a certain city and from that moment and on you support the local team. Mostly willing to get into a fight in defending them. The same is with us, the photographers who are always happy to show off how good is our brand, compared with the other.

I must admit that my knowledge of Canon is very limited, however, if there was any competition between the two companies, it is no longer relevant. It is Sony, that came out of nowhere and took it all. 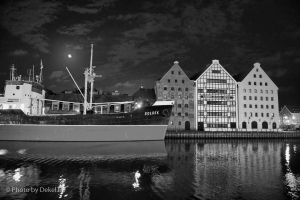 Few months ago, I had the opportunity to shoot with the new Sony Alpha 7 III. A 24-megapixel full frame mirrorless camera. After few minutes, I knew I was ready to migrate. An amazing fast focus that I did not experience before. That one retails for 2,000 Euros and is being one hell of a competition for the Nikon D850 that retails for 3,700 Euros.

I meet more and more photographers that took the step of moving to the Sony camera and are not going back. They still have their old DSLRs on their shoulders, so people know they are the event photographers … 😊

Btw, did you know who produces the XQD cards, used in Nikon cameras and to my best knowledge, also the sensor of the D850? You guessed it, Sony does.

I decided to be lazy. Not to go through the learning curve of learning a new system and replacing all my gear. I will defiantly do that in two to three years when replacing then D850.

This is a first time Nikon makes it. The reviews are positive, but I fail to understand why the specs were “mixed”. One needs to choose between a better processor or a higher ISO.

Am I the only one that doesn’t get it why there cannot be one superior camera in all specs?

I find it difficult to follow that marketing concept and the answer that the cameras are aimed at different tasks, is not quite serious.

So, let’s say you are a Nikonist and would like to migrate to one of the new Nikon mirrorless cameras.

Apart from batteries and cards, you will need to replace your lenses. Although the new cameras have an adaptor to the old lenses, it does not make any sense to use big and heavy old type lenses with the new mirrorless cameras.

So, in fact, reality makes it very easy to make the migration to any mirrorless camera brand you fancy, since migrating to Nikon mirrorless, is just as difficult.

My point is, moving to a mirrorless camera, which you will probably face anytime soon, is an opportunity of breaking the loop of brand loyalty due to peripheral equipment. I suggest you rent a camera for the weekend and experience for yourself the opportunities.

One last thing. Since I am already criticizing Nikon, I would like to add that the new NEF/ RAW format used at the Nikon D850, is a bad surprise. Photographers using that camera are editing their images, mostly in Lightroom or Photoshop. The new format, which I am not sure why it was necessary, does not allow one to work with the older versions of any of Adobe’s editing software.

Did Nikon really take that in calculation? Did Nikon do anything to help photographers in the few months it took Adobe to implement the new format? It does not seem so.

All the above brought me to the conclusion, that my loyalty to Nikon is obsolete and definitely not in my favor anymore. So, it is Sayonara Nikon.

Want to join the discussion?
Feel free to contribute!